With Open Beta Update 67 out, it is time to look to the future and prepare for Ranked Season 2.  We’re really excited to try a lot of new things this Season and I wanted to go over some of the upcoming balance changes.

This is the first entry in a series I’ll be writing on Champion Balance leading up to Season 2.  I want to pull the curtain back and show the community how we make Balance decisions. We’ll be starting with Supports and feature a new role in each entry.

First, let’s look at what defines a Support in Paladins

· Supports Champions have lethal, effective weapons.  They can bring the damage. They aren’t defenseless.

· Many have strong Crowd Control and powerful healing abilities.  Many have abilities that allow them to mitigate or completely avoid damage all together.

· Supports have strong Ultimates.  They can wipe or disable an enemy team, they can heal and protect their own team.

All of these qualities make Supports very well-rounded Champions.  We like that they are a threat and can hold their own in a fight. You aren’t just a healing bot, you can deal damage AND support your team…perhaps a little TOO well in some cases. 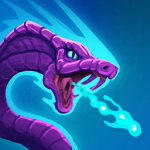 This is Mal’Damba’s in-hand weapon.  It can pump out almost 800 damage per second.  It fires quick, easy to confirm projectiles.  When Mal’Damba reloads, he tosses a snake that can stun his target for one second.  He can even interrupt some enemy Ultimates with a well timed snake toss. 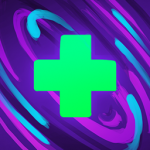 This is an ability that applies a heal over time to a friendly target.  It has a base cooldown of 3 seconds.  This ability can even heal Mal’Damba and buff his damage resistance via certain Loadouts. 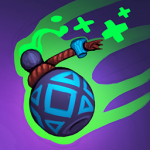 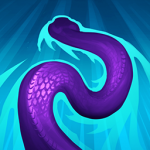 Mal’Damba can surge forward and become briefly immune and untargetable with Slither.  This has an 8 second cooldown.  It’s great for re-positioning and avoiding enemy abilities. 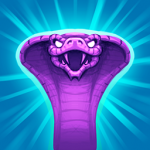 With Dread Serpent as his Ultimate, Mal’Damba can disable and fear entire enemy teams.  This is a game changing Ultimate that teammates can capitalize on to turn the tide of a fight quickly.

To sum it all up, Mal’Damba is a powerful ally to have on your side.  He’s a slippery target that can support his team, dish out heavy damage and disable the enemy team.  These are qualities other Support Champions share too!

In Season 1, we saw Supports perform exceptionally well.  Support Champions had some of the highest win rates across all skill levels.  In Season 2, we want to address this power imbalance without changing the Support Champion experience or taking away what makes them fun to play.

We don’t want to lower damage or alter the overall lethality of Support Champion kits.  We like where healing power is at for Supports as well. We feel the versatility they bring is important and allows other roles to shine.  Leading with a light touch, we want to lower Support Champion health values across the board and monitor how that affects them.

We feel that this keeps the core Support Champion essence intact and puts the focus on:

Once the OB68 Public Test Server goes live, players will be able to try them out and offer feedback.  We’ll have more granular details for players to comb over as we get closer to OB68.

I hope this gives a good look into our design philosophy, in the next Dev Diary we will be going over Flank Champions.  If you have questions or insights of your own, feel free to reach out to me on Twitter!

I’ll see you in the Realm!