Welcome to the second entry in the Dev Diary series!  In the last entry we talked about Support Champions and I walked through the overall design philosophy that has guided us.  In this entry, we will be looking at Flank Champions and going over some upcoming balance changes.

Supports were all doing quite well and a broader, global solution was the most effective way to approach them.  Flank Champion efficacy was more varied in it’s distribution.  As such, we’ll be taking a more tailored approach depending on the Champion.

Flank Champions are defined by a few core characteristics.  Depending on the Champion and overall meta, we have leaned heavier into some of these qualities.

Many Flanks have abilities that grant them short bursts of high survivability or even conditional immunity.

Flanks excel at single target burst damage, but they need to get in closer to do it effectively. These are qualities that help set them apart from Damage Champions.

Of all the roles, Flank Champions have the most mobility.  They use this mobility as a tool for re-positioning, engaging or escaping.  Flanks must rely on careful positioning and the rest of their kit to ensure they are able to escape after engaging with an enemy.  Picking the right time to use mobility is essential.

Flanks get the most kills, but they also have the lowest health pools and tend to die the most.  Playing Flank Champions requires players to analyze the battlefield and search for opportune engagement windows.  A good Flank is able to get behind the enemy team and secure a kill.  A great Flank is able to get that kill and escape unscathed.

For Season 2, we did a pass to evaluate Loadout Cards and looked at the dynamic interaction between these core qualities that define Flanks.  We balanced within that framework to shift power and achieve our balance goals.  For example, with Androxus, we dropped his damage while expanding his mobility.  Here’s what that looks like in action: 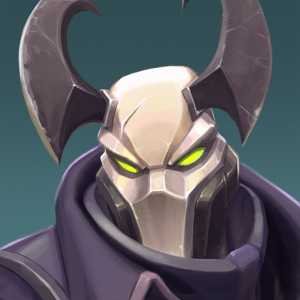 · Revolver: We reduced the recoil (a common player request) and lowered damage to compensate.  Damage adjusted from 580 to 520.

· Card Changes: Abyssal Touch was reworked to offer a full reset at Card Rank 5.  Players using this card at full rank will be able to reset the cooldown on Nether Step by hitting an enemy with Defiance.  We also buffed Disrupt to further reduce the cooldown on Reversal.  Featherweight, Spite and Watchful were all reworked to offer new offensive and defensive options. 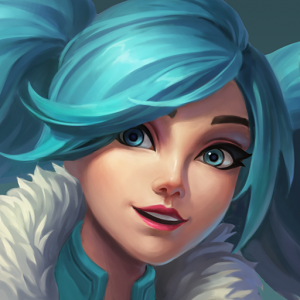 With other Flank Champions like Evie, we were able to meet our balance goals by making smaller quality of life changes and rolling power from frequently used Cards into their core kit.

· Card Changes: Teleport, which buffs Blink’s range, was adjusted to compensate for Blink’s range increase.  Teleport is a popular pick and it made sense to simply roll some of that benefit into Evie’s core kit.  This opens up more opportunities for players to invest in Evie’s other Cards. 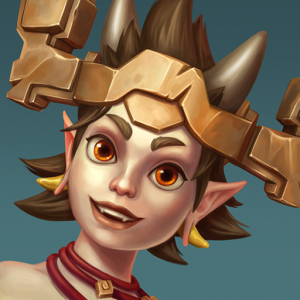 Where some Flanks received lateral adjustments or small buffs, Talus was over performing.

Talus is more of an atypical Flank. His longest form of mobility requires premeditated planning/execution and his in-combat mobility tool only covers flat ground. We like the fact that Talus uses his skills to create windows where he is deadly, and if he planned appropriately, safe.

Our plan is to drop his health and adjust Blitz Upper so that it only affects a single enemy and requires more precise aim.  We also went through his Cards and shifted some of his power to opportunity cost choices. We will continue to monitor his performance with a close eye on the lethality of  Overdrive.

· Blitz Upper: Now only affects a single target and requires players to hit their victim directly.  We reduced the collision radius while dashing by 20%.

· Card Changes: Ancient Power, Antediluvian, Daredevil and Spirited all received small buffs.  This provides a bit of an opportunity cost counterbalance.  Talus loses a little health and power up front, but we expand upon the power players can build into via their Loadout Cards.  This trade-off addresses the areas Talus was over performing in while still giving players the ability to capitalize on his strengths through Loadout choices and positioning.

Be sure to read the full OB68 Update Notes when they release, this is just a small sampling of the balance changes we have lined up for Season 2.  We did a full deep dive of our Cards, we evaluated each of the roles, and I’m excited to get this Update into the community’s hands.

Our next Dev Diary will focus on Front Line Champions.  I look forward to continuing to share our balance process with you.  If you have thoughts or feedback, reach out to me on Twitter and let’s discuss!