Welcome to the 1.0b Update!

With Launch comes some changes to our Update Cycle.

In between these updates, Paladins will release smaller updates that focus on balance, polish, and fixing outstanding bugs — like this release.

Players will be able to start completing Battle Pass Challenges in 1.0b! Challenges offer a way to further speed up your Battle Pass progress by completing various objectives during matches. Players who complete all Challenges before the Battle Pass ends will unlock the Legendary Title “Gearhead”.

The Galaxy Chest makes its return with two new additions: Mercenary Strix and Galactic Scion Lian! Packed with space-themed Skins, the Galaxy Chest is your look into a Paladins Realm far, far away… 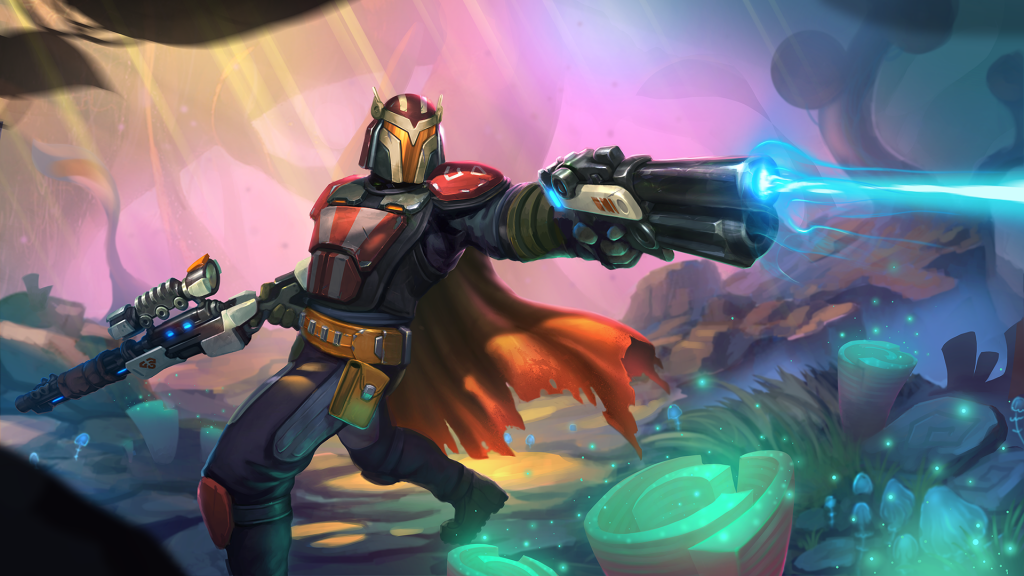 Unlocked inside the Galaxy Chest 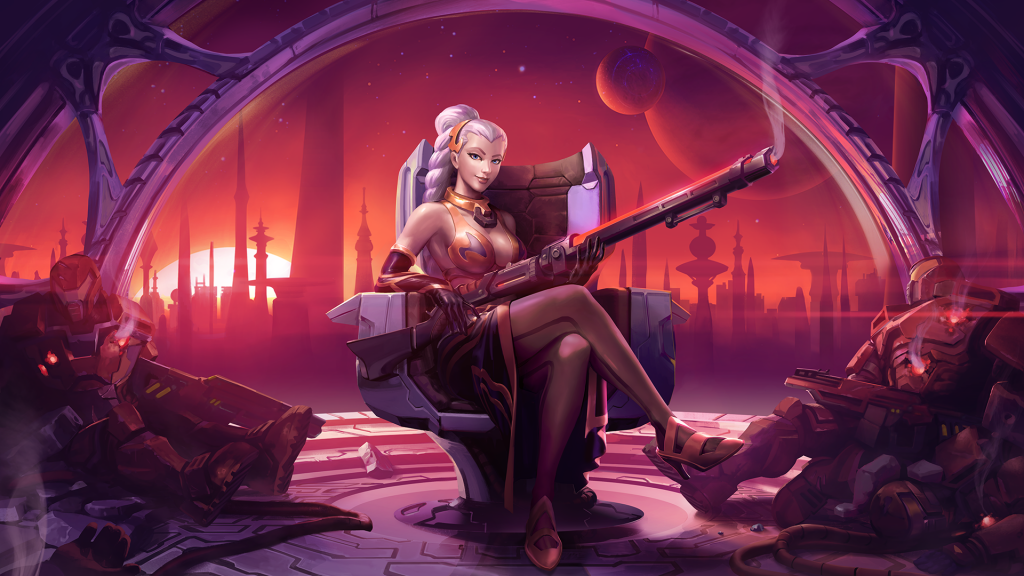 Unlocked inside the Galaxy Chest

Unlocked by acquiring or buying 1,500 Crystals in Paladins Strike after linking a Hi-Rez account. Please note that Crystals received before linking an account will be excluded from your progress.

Fixed a bug where there was no fog in the Team Deathmatch version of Magistrate’s Archives.

Assert Dominance can be great at buying time for an objective fight, or until a healer can get to you, but fees lackluster in most situations. These changes are aimed at making her ultimate feel more impactful when used, even if it’s not the perfect situation. The Range increase on Slug Shot gives Ash a true long range option.

Safe Travels effectiveness was potent enough to be an ability itself. We have brought down the shield strength and duration to be more in line with other Front Line Cards.

In coordinated play, the Bonus Healing Received from Earthen Guard combined with her assortment of defensive tactics makes her incredibly hard to take down. We’ve reduced the innate effectiveness of the bonus healing so Inara is not as oppressive early on (before players can purchase higher levels of Cauterize).

After analyzing Khan’s release, we have made numerous changes to bring him more in line with other Front Lines.
Commander’s Grab acts as Khan’s only non-ultimate damaging ability, and his only movement ability. The increased damage will now make hitting this ability feel more rewarding for the opportunity cost of using it.
Khan aims to be in the midst of Battle – However, despite having a healing based ability, Khan’s self healing is either equal or only slightly above other Front Lines. We’ve increased the effectiveness of Battle Shout to encourage this play style.

Known crash on the Georgia Peach Logo when launching Paladins.
Alt+Tab while in Fullscreen can cause a client crash
Known in match texture loading error, causing massive graphical distortion. More commonly referred to in the community as either the “LSD Bug” or “Hall of Mirrors”