Update 2/11: Champions & Founder’s Packs will be available on linked platforms in 2.02, and all other DLC purchased on Xbox will become cross-platform in 2.03. Also added Dredge’s mid-patch release date (February 27th) and additional information on Deal of the Day purchases.

Update 2/1: Nintendo Switch linking will go live in the 2.02 Update, meaning that Switch players will have cross-progression and can earn Mixer Points when the patch goes live! Read below for more info.

With the help of Jenos and Imani, Valera and the Paladins have tracked the Magistrate to ancient ruins. Join the fray and battle within the shadows of Shattered Desert, a brand new Siege map. Attempt to control mysterious tears in reality for your faction and earn Chrono-Shards to unlock content in the End Times game mode and event.

We’re improving quality throughout Season 2 with The Hunt: an initiative focused on process and quality of life improvements, bug fixes, and polish. Along with extended PTS, we’ve also expanded our programming team and devoted 20-40% of each development cycle to polish. The Hunt’s mission is simple: We want to end 2019 with Paladins in a better state than it’s ever been before.

Cross-play and cross-progression have arrived! Champions on numerous platforms across the globe will now be able to group up and play like never before. Join your friends and follow the Paladins to the Shattered Desert, and perhaps together, you’ll be able to stop the End Times before they begin…

Made significant improvements to AI bot pathing in regards to attacking, defending, and pushing objectives.

Fixed an issue where Furia would erroneously say the line, “Vengeance rises!”

Fixed a case where, upon death, Imani’s Avatar would fail to animate and slowly sink into the ground

Flare XL no longers reveals enemies with Unauthorized Use

Introduced various description and text cleanups on the following mounts, talents, and abilities:

Remix and Redux Equalizer now have the correct exclusivity tags

The following issues were addressed in hotfixes:

Bulldozer description adjusted to include “deployables, pets, and illusions”

Fixed an issue that prevented some PS4 players from logging in

Below are some of our highest priority gameplay issues that we are putting effort and resources into fixing. Many of them are rare cases that require specific and particular repro steps. If you have any information or perspective that could aid in solving the below issues, please let us know through our dedicated Bug Reporting Forum.

Imani is locked out of using Frost Bolt in rare cases

Terminus’ Power Siphon can remain active when respawning and mounted

Some players’ settings are regularly reset

When players respawn, they can sometimes see static enemy health bars on their screen

Grumpy Bomb can appear to explode, but the VFX will stay on screen until the actual explosion

Some players report not receiving “The Dedicated” and “The Insane” Titles

Terminus occasionally does not swing his axe while holding LMB

We are excited to be among the first games of the modern cross-play era! Champions on numerous platforms across the globe will now be able to group up and play like never before.

Players from PC, Xbox One, and Nintendo Switch will be part of the same matchmaking pool in Quickplay

Players may opt-out of cross-play, however, you will find higher quality matches more quickly with cross-play matchmaking enabled

Ranked will match-make players based upon their input method

You can set your input method and preferences in Settings

Players will now have a fully functionally cross-platform friends list

Note: Due to work done across all platforms for cross-play and cross-progression, all players’ keybinds will be set to default with the release of 2.02. Champions and Founder’s Packs will be available on all linked platforms in 2.02, and all other DLC purchased on Xbox will become cross-platform in 2.03.

PC, Xbox One, and Nintendo Switch players will be able to progress their linked account and keep their owned items across all platforms

deal of the day

Starting in 2.02, the Deal of the Day will be a real-money purchase at a greater overall value. 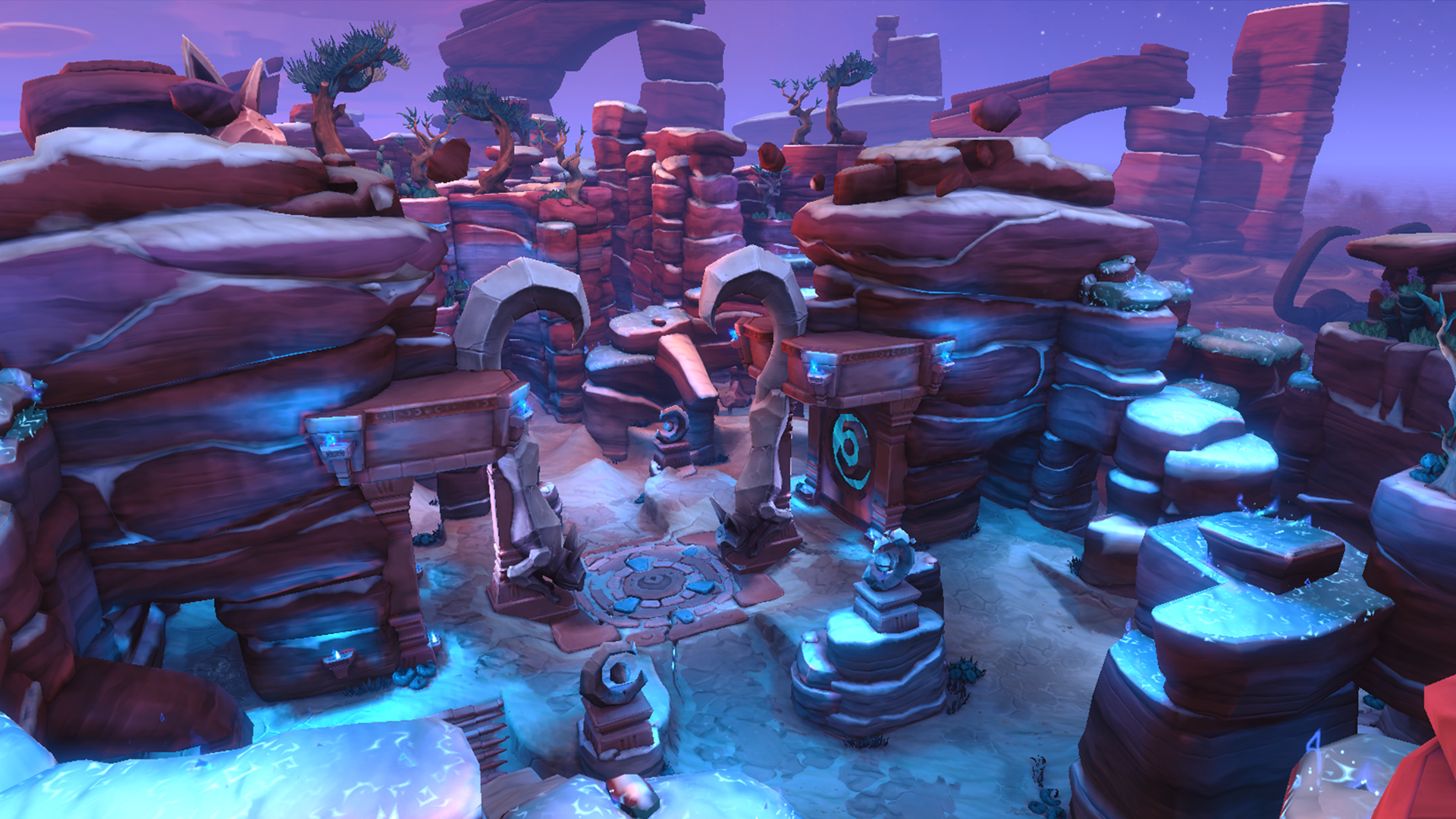 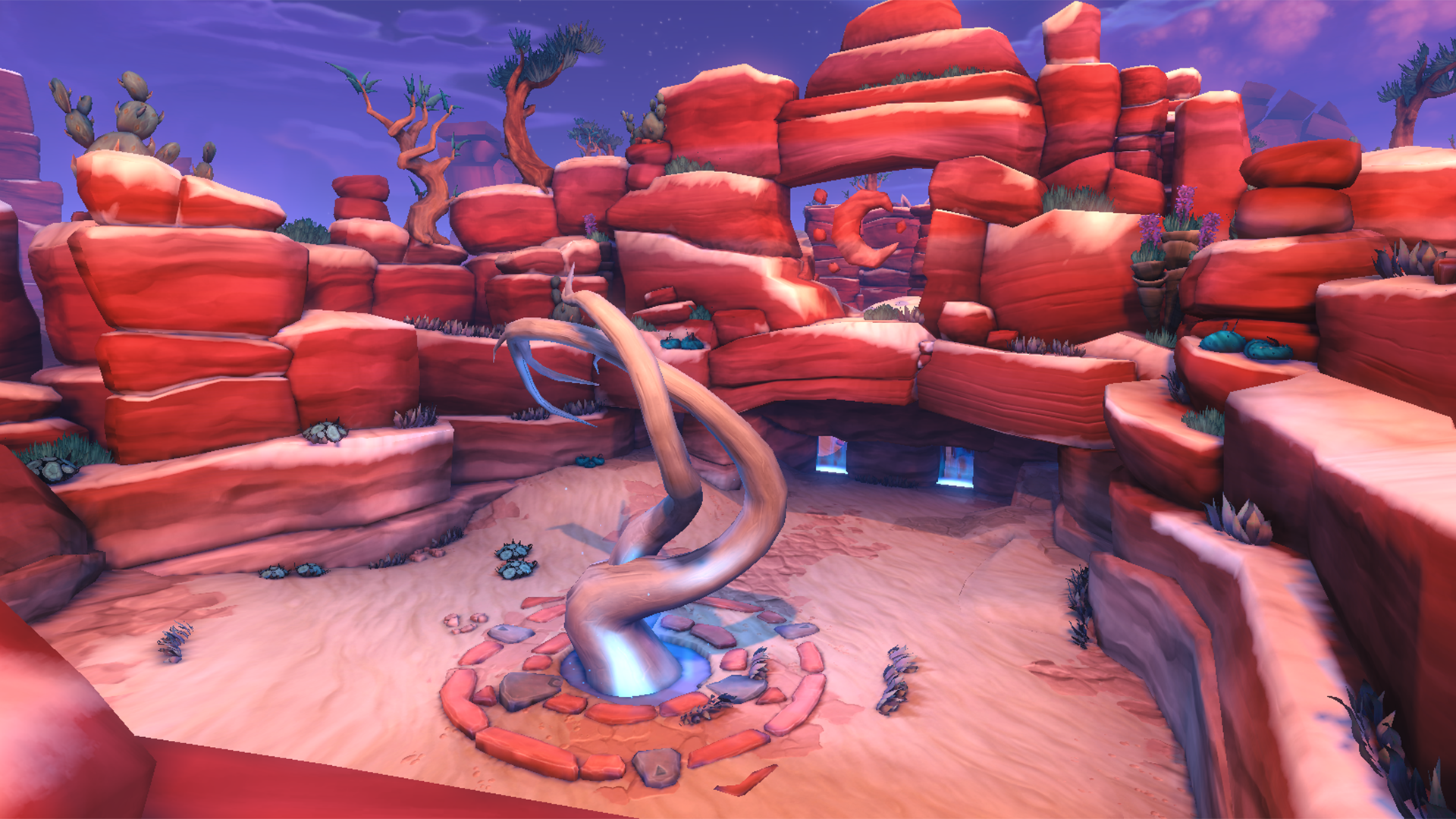 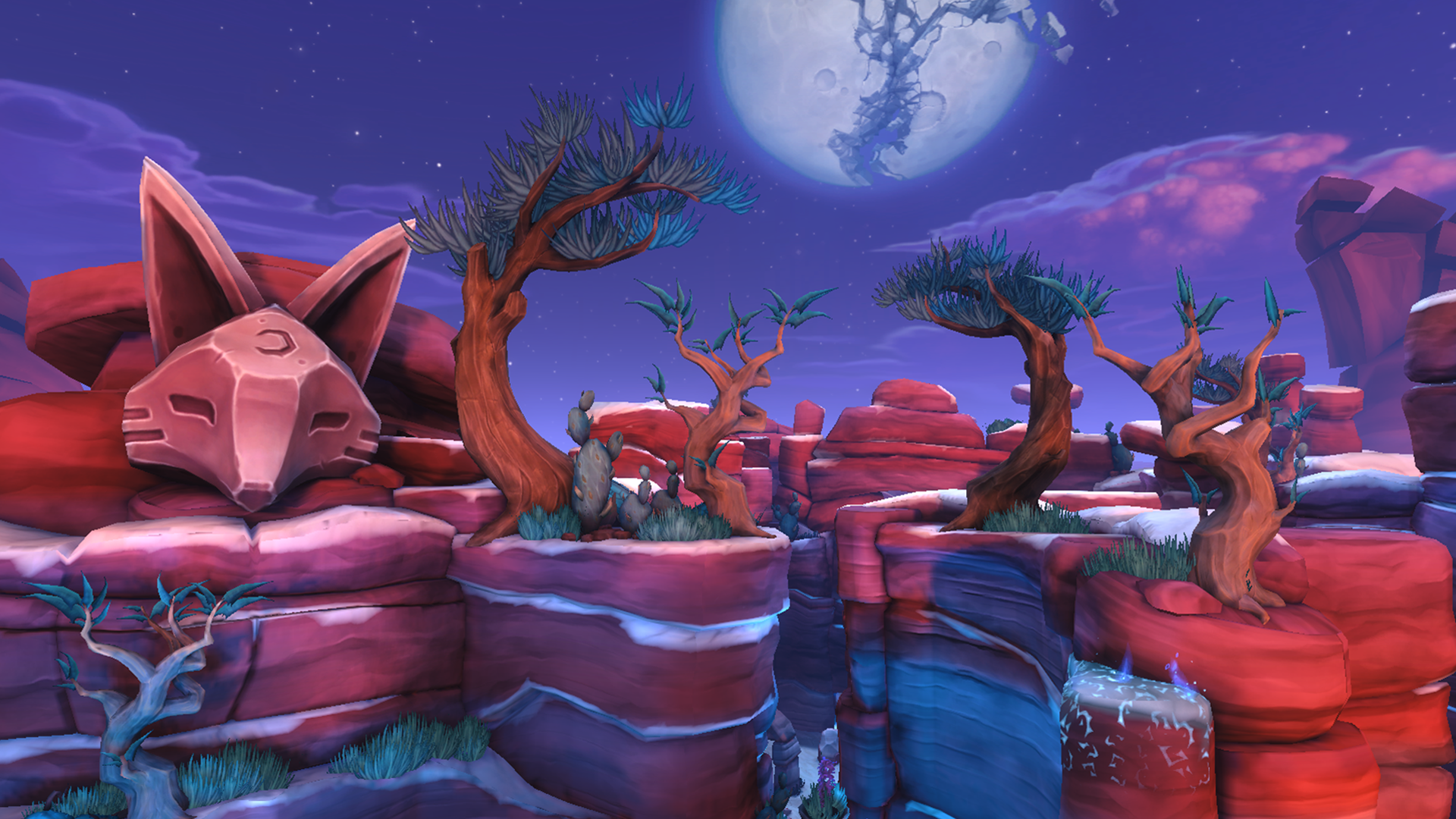 It was here that shards of the broken moon fell, destroying all that they touched. With the help of Jenos and Imani, the Paladins have followed the Magistrate to the Shattered Desert and now battle in the shadows of ancient ruins. Mysterious portals radiate otherworldly power. Could these portals be the source of the ancient evil known as the Darkness? 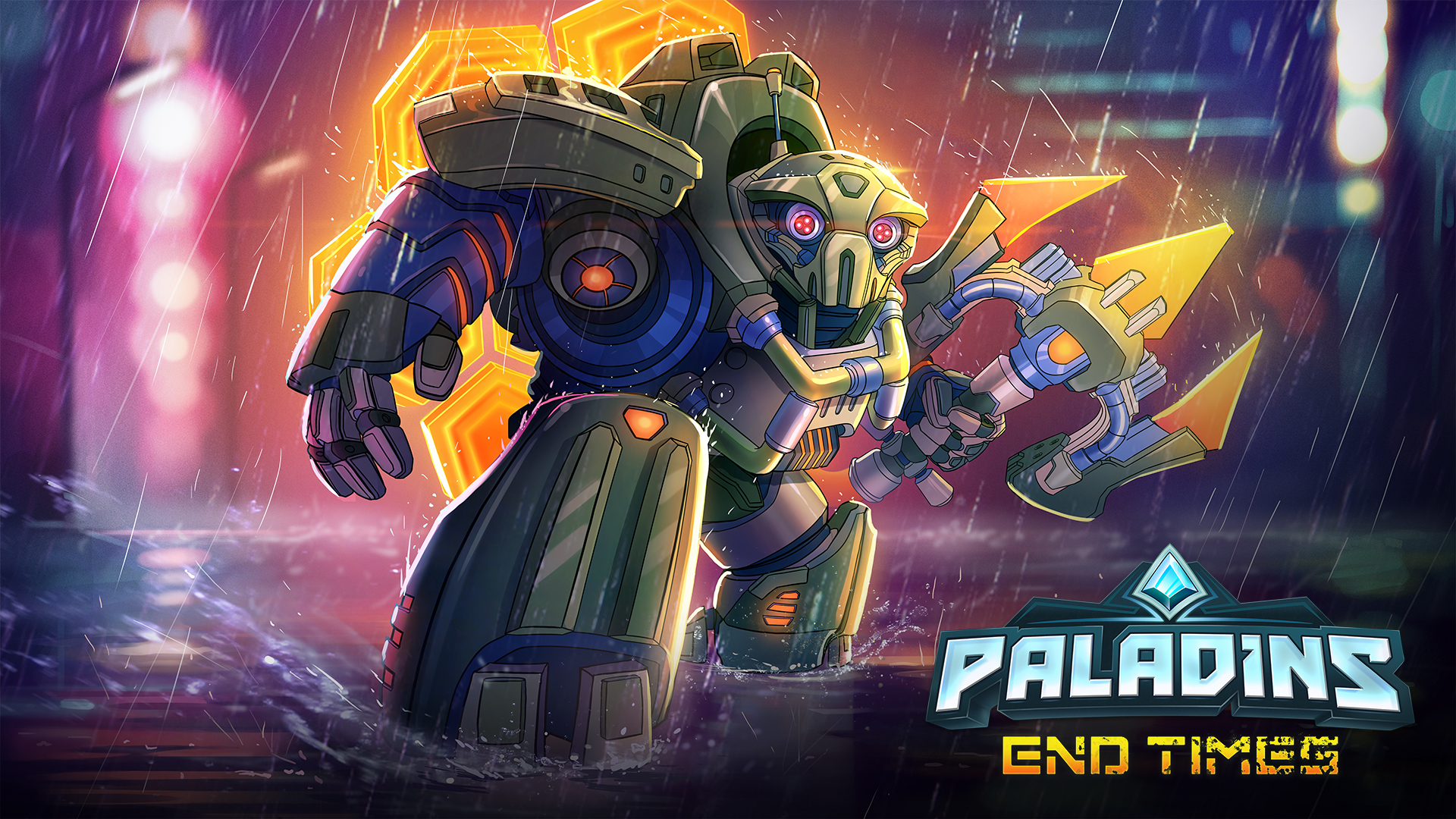 A large tear in reality has appeared among the ruins of the Shattered Desert, distorting the region in strange ways. Drawn to this anomaly, both the Paladins and Magistrate have sent their forces to claim its unknown power.

Join the fray as both factions battle in the all-new End Times game mode. Players will choose from a selection of either Paladins or Magistrate Champions, as well as several neutral characters; ownership of Champions will not matter for this mode. Do your best to maintain control of the strange tear, but be aware that its unstable nature distorts the world in a new way wherever it relocates.

Every two weeks, new Champions will be available in End Times, new skins will be added, and quests will rotate out, giving you the chance to earn more Chrono-Shards.

Every two weeks, players will be tasked with three limited-time quests that reward Chrono-Shards.

All Omega Skin purchased during End Times come with 40 Chrono-Shards. 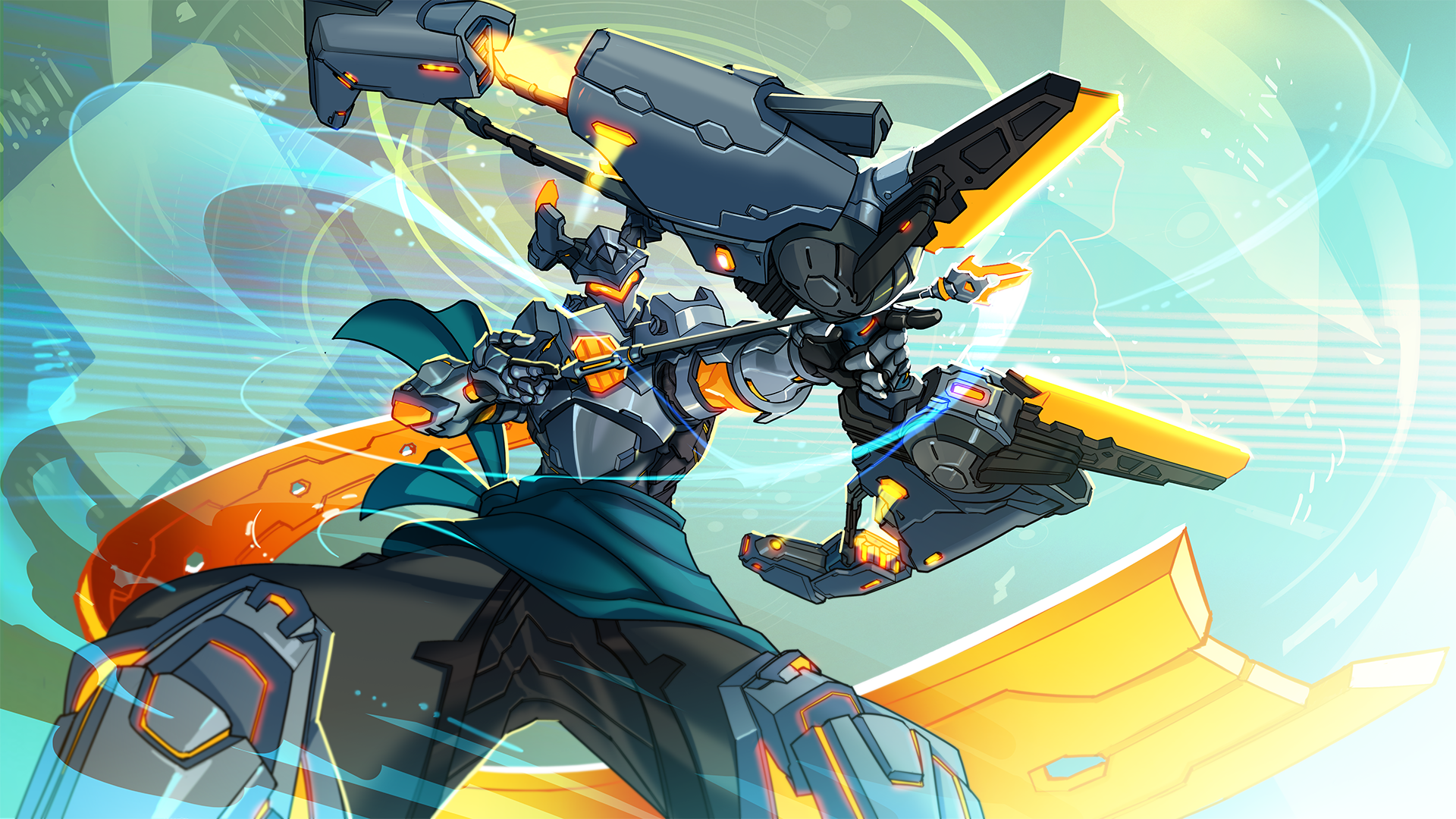 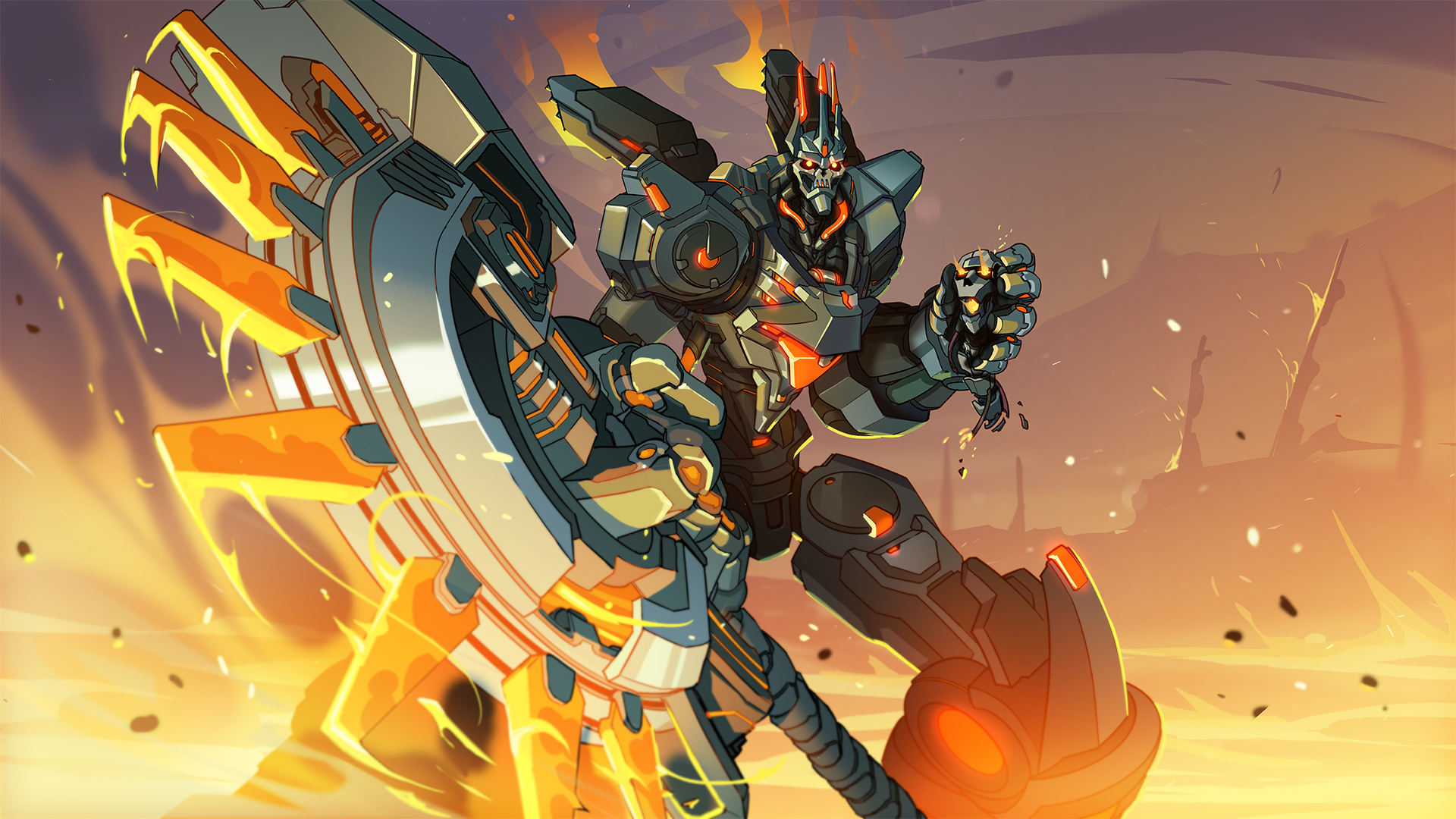 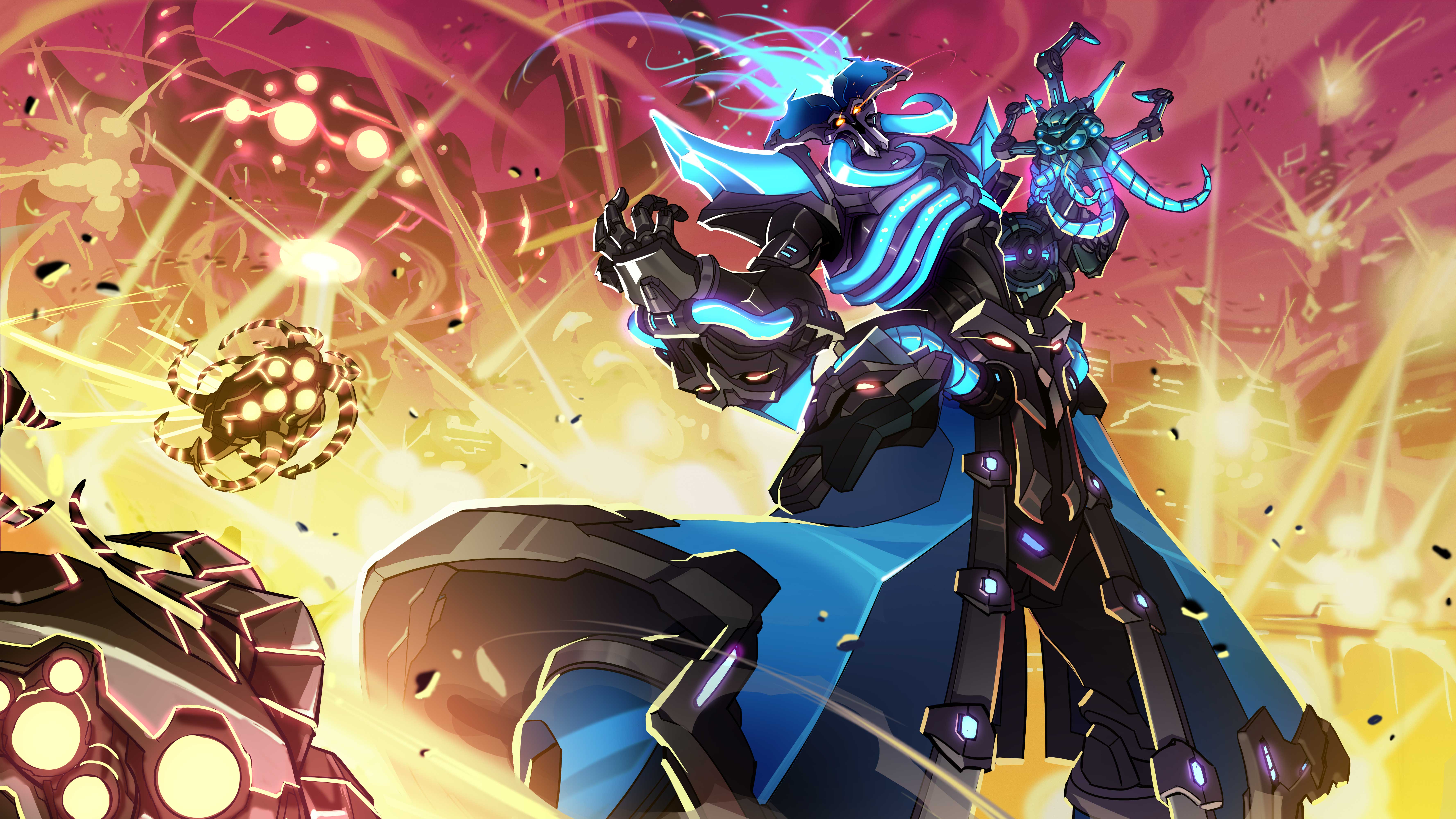 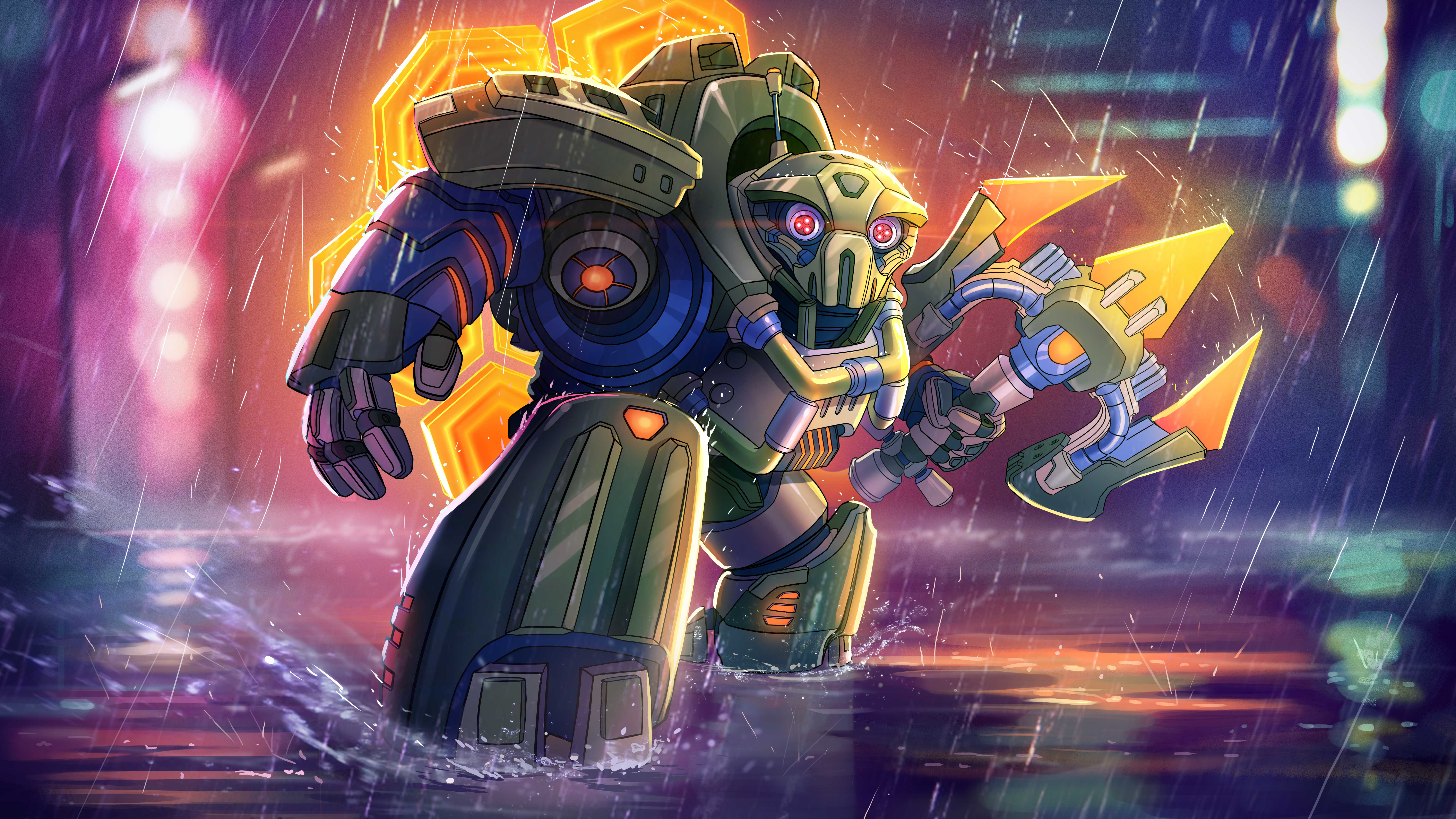 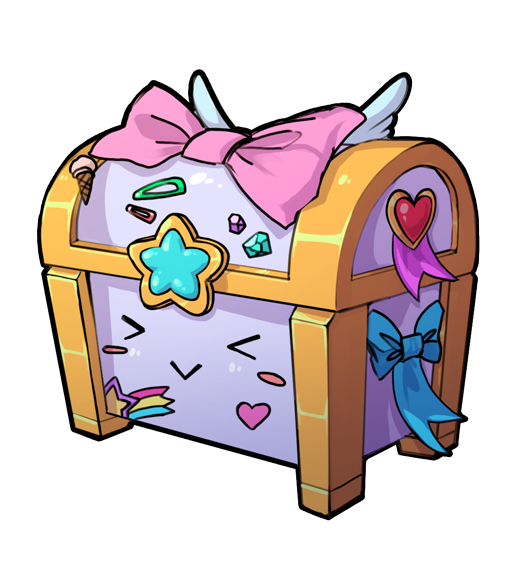 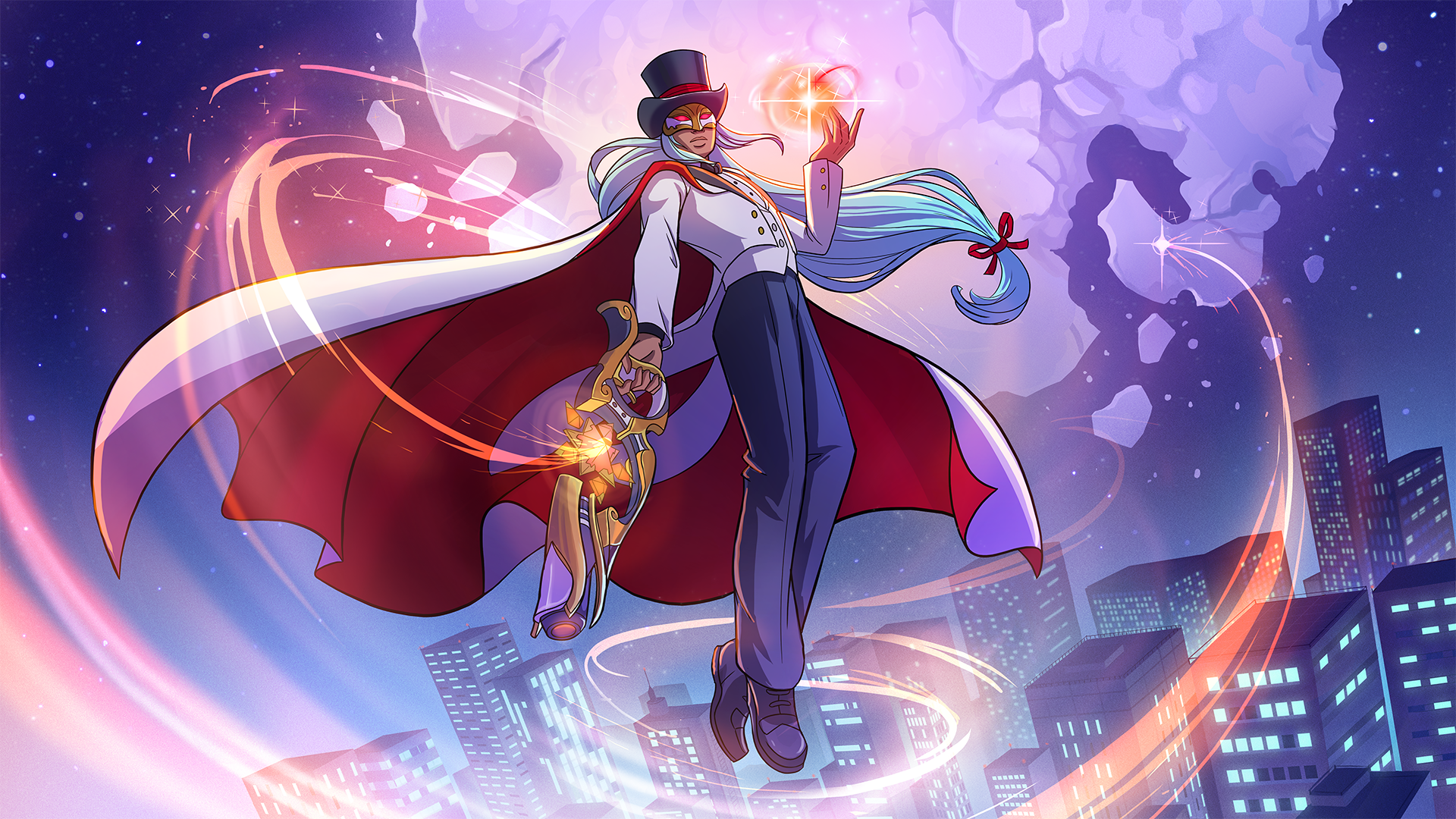 The below balance changes were made with 2.01 Hotfix #2.