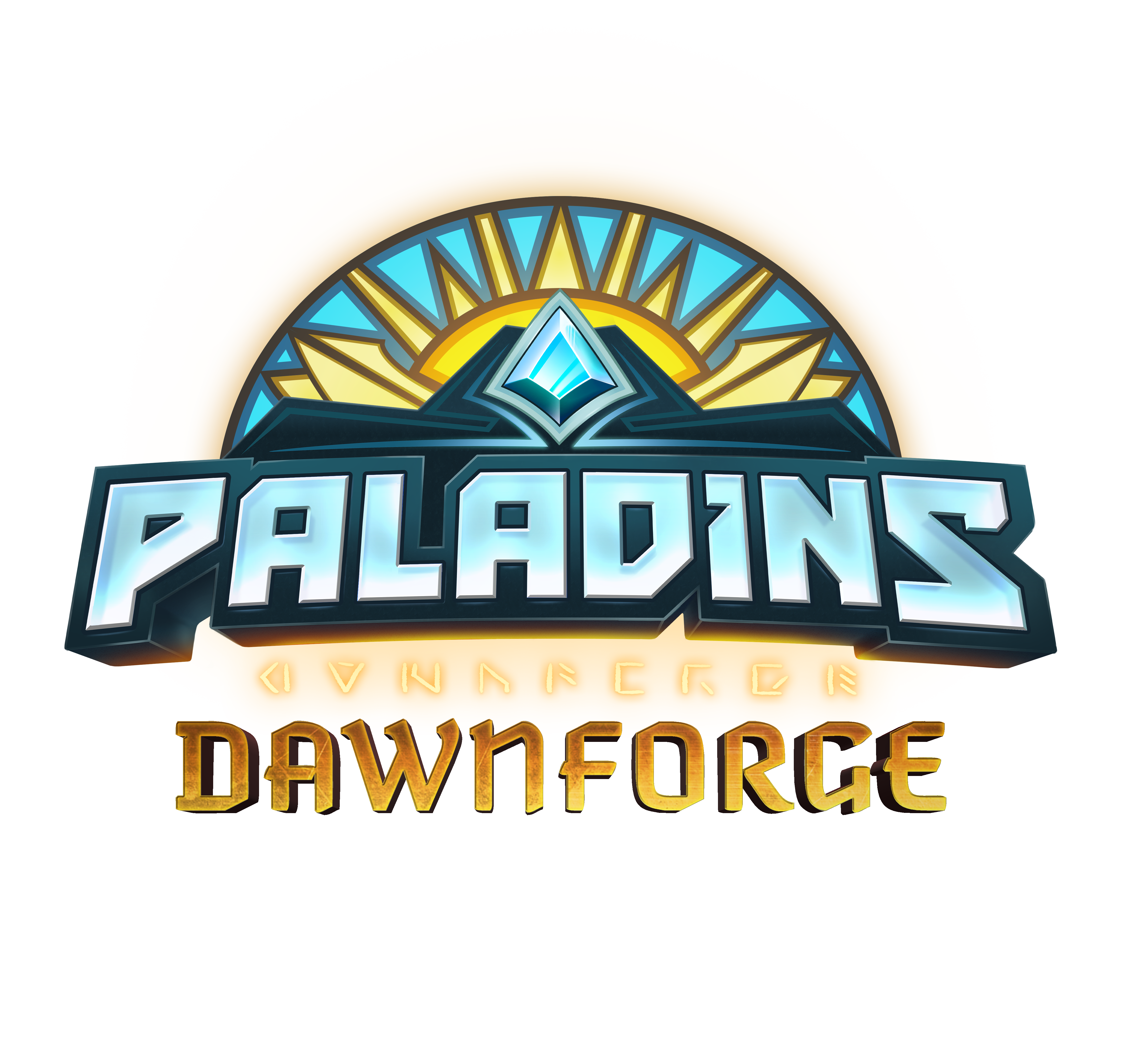 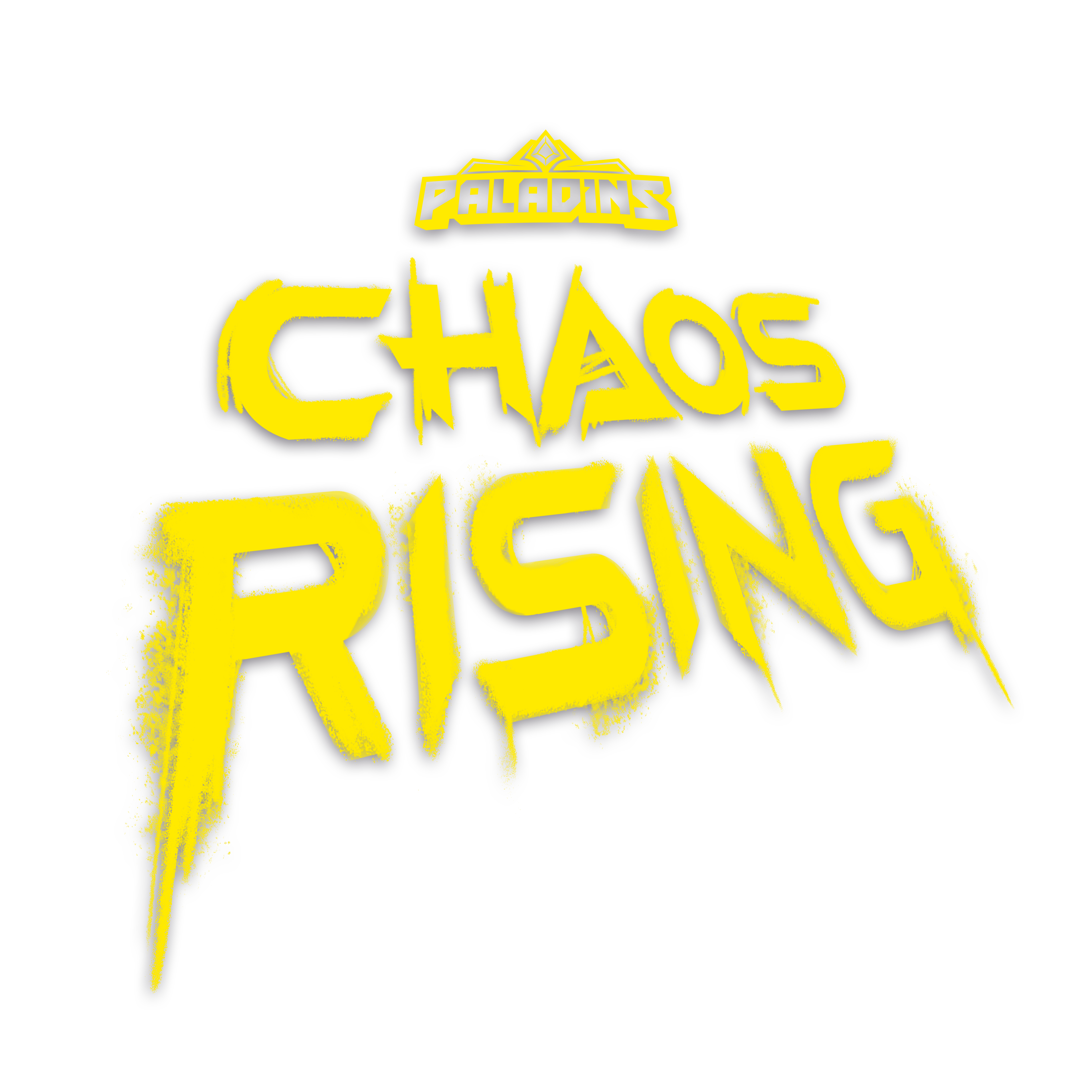 The powers that be are in flux as Azaan’s awaits his fast-approaching deadline from the Dawn Forge—discover what wild thrills await you from the chaotic bounty of our new Event Pass –Chaos Rising! Instantly unlock the Eternal Emissary Tyra Skin for purchasing, and unlock a total of 24 levels of rewards as you play!

Players can also purchase a Buy All option to get all content in the Chaos Rising Event Pass instantly! 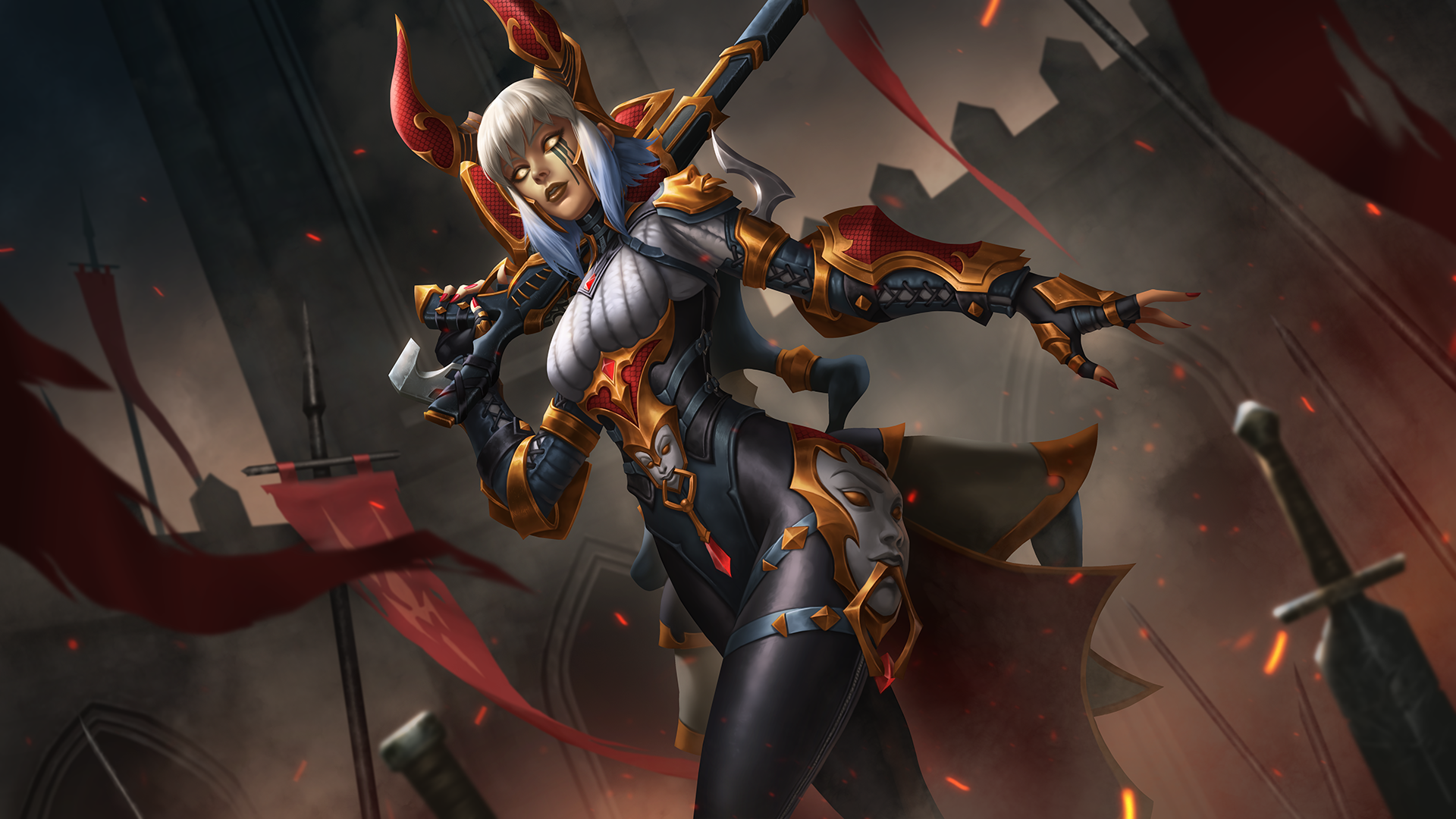 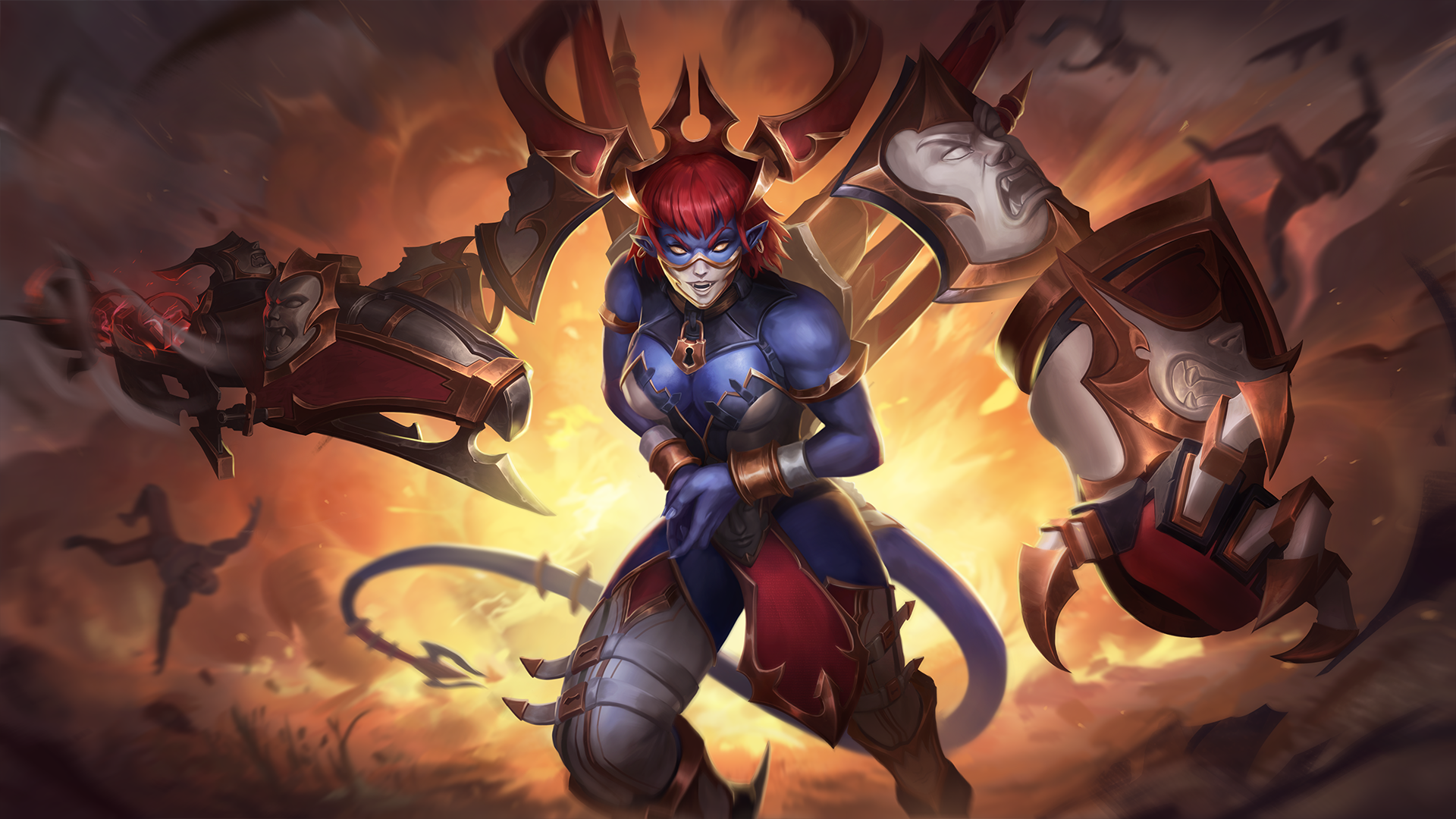 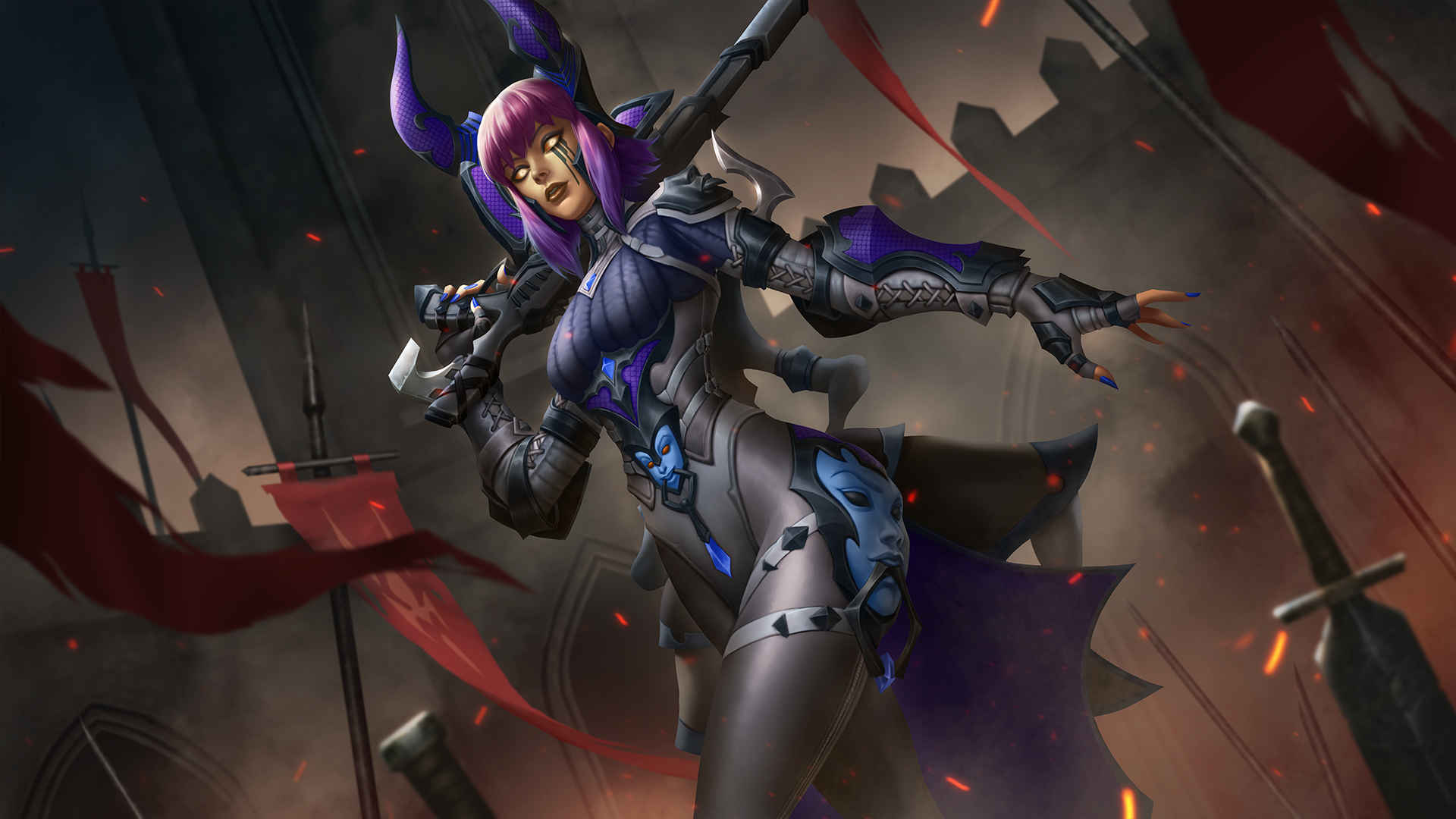 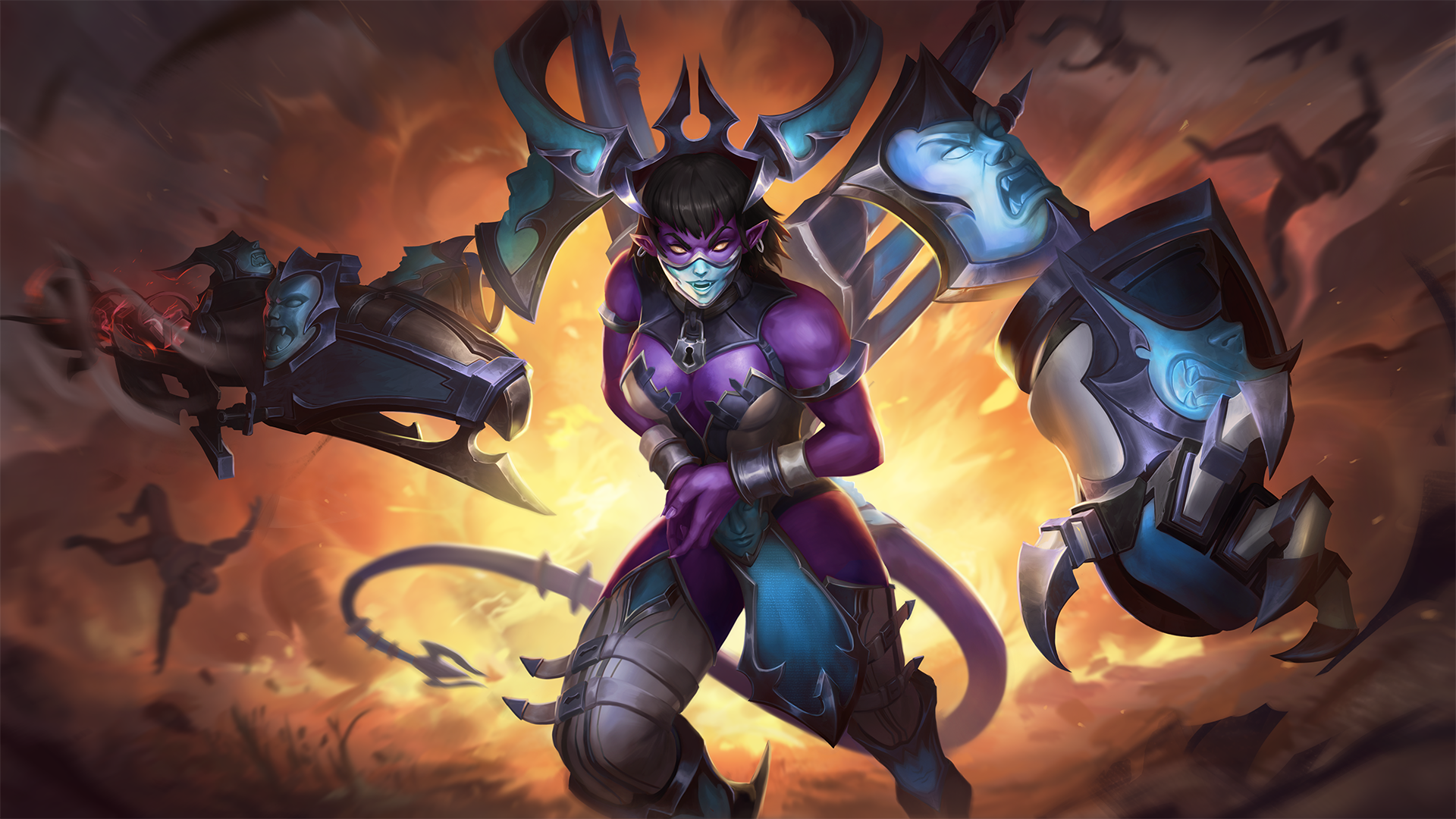 Trials of the Realm 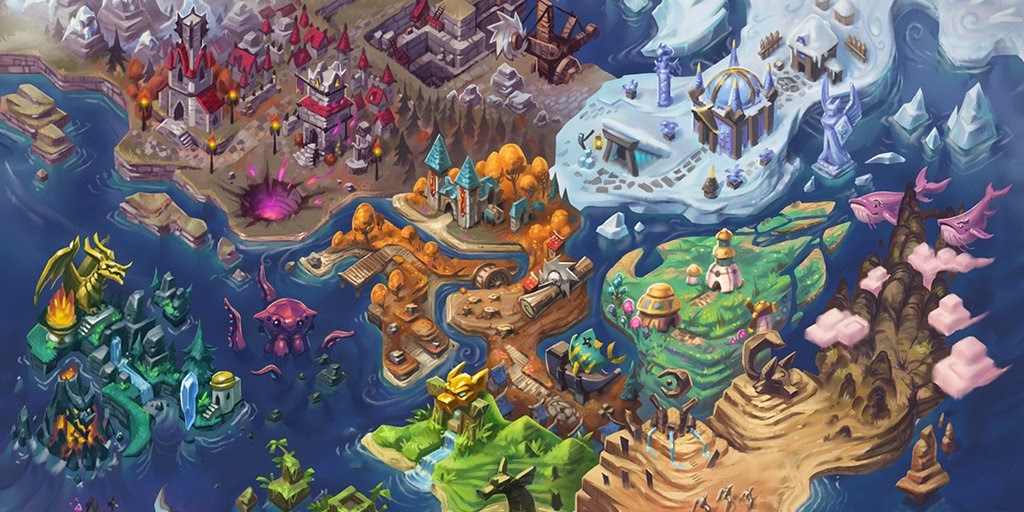 My Eyes Are Up Here 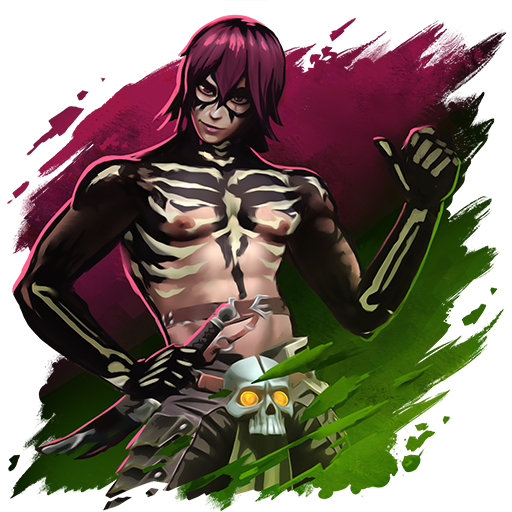 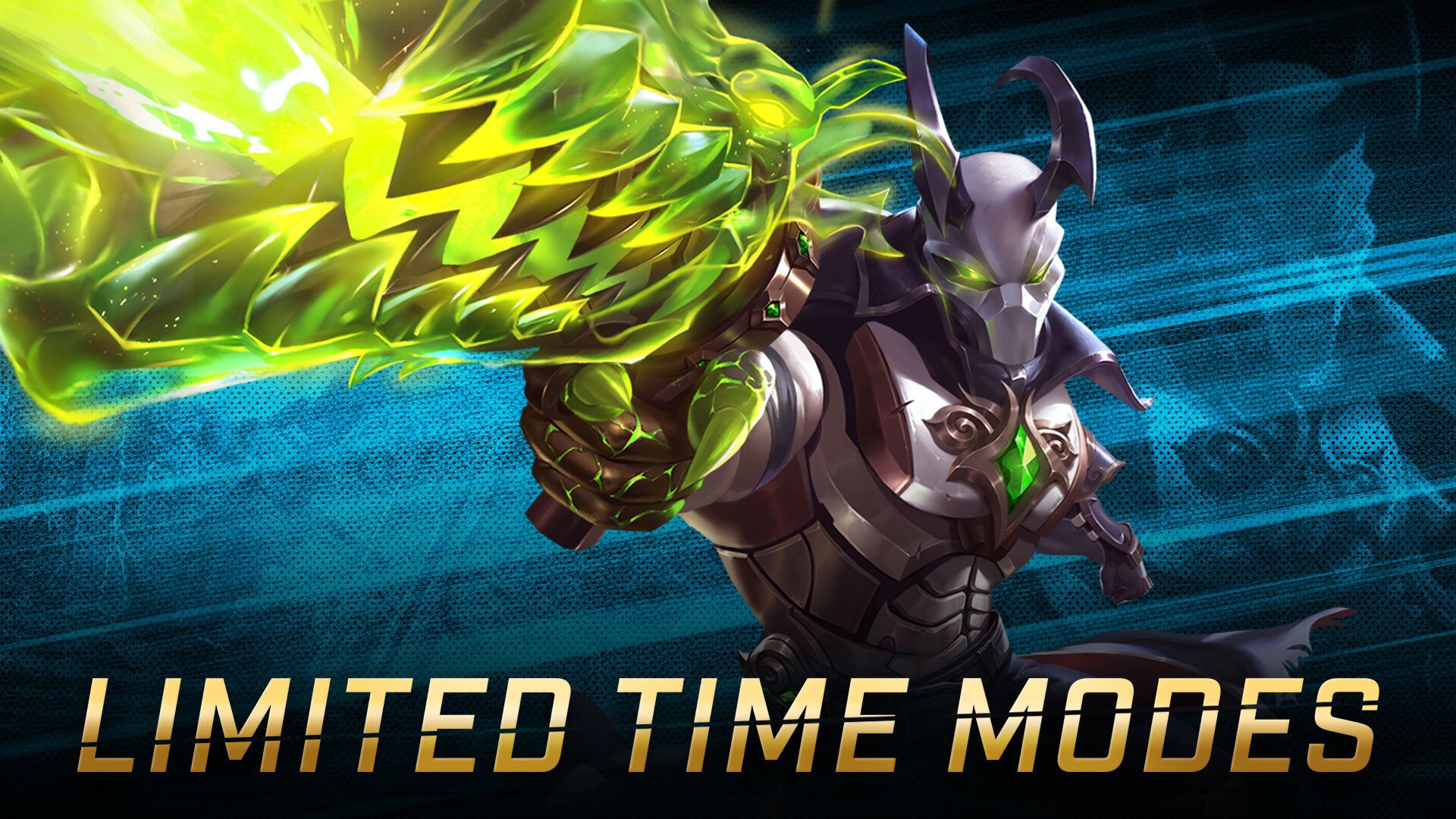 The Paladins: Dawnforge patch will feature 2 unique and 5 previously popular modes that rotate throughout the patch cycle. Each week there will be a different limited time mode available, from midnight Friday until 8am on Monday, EST. Here’s are some quick previews of what to expect next: 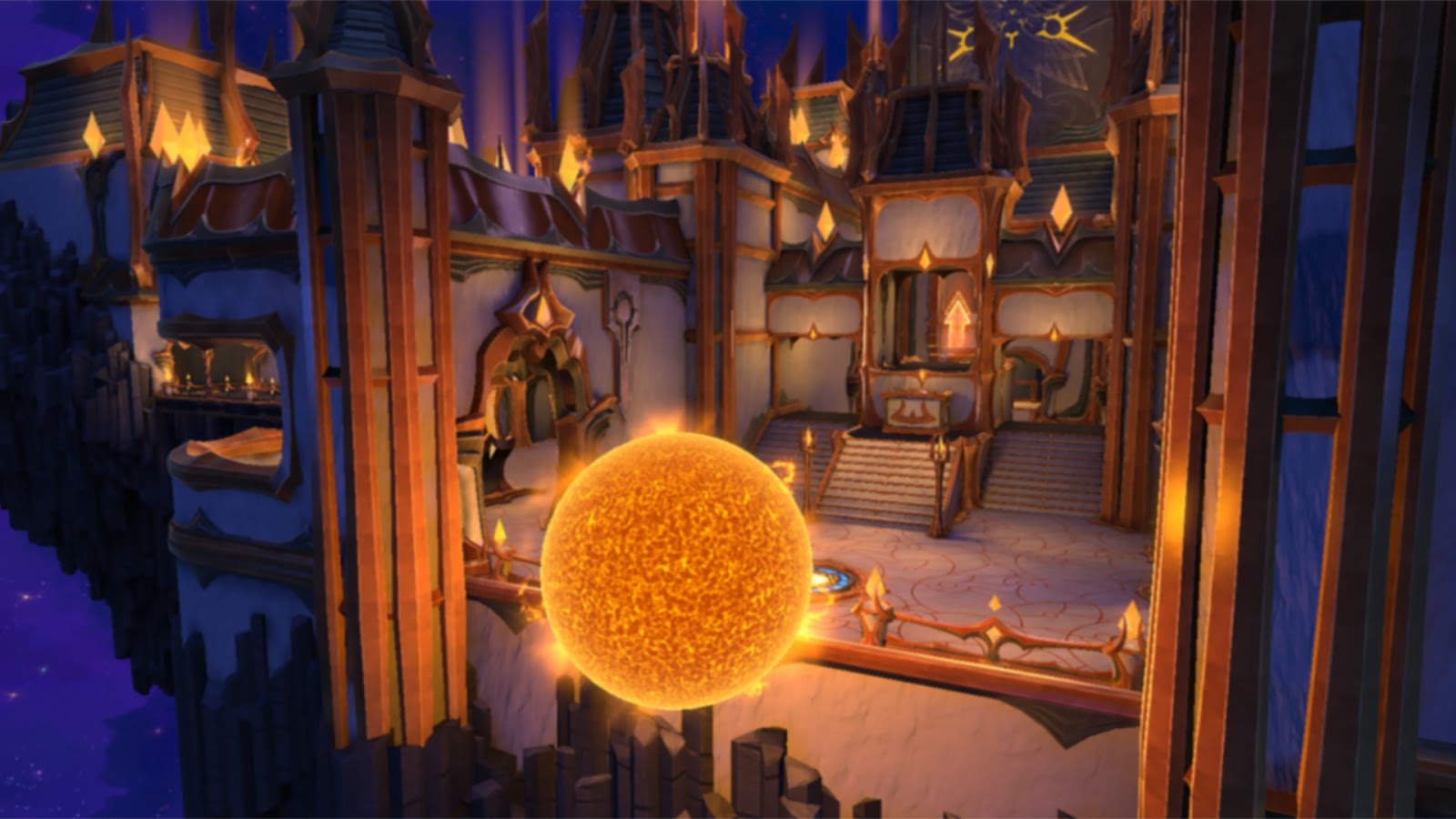 Welcome, to the Dawnforge. The Abyss has had Abyss TDM for a while now, and we figured it was time for the Pyre to get some map representation. We pushed a lot of boundaries with this one, lots of motion, gameplay-relevant interactable elements, and some interesting new approaches to materials.

Lore-wise this is a mobile fortress, it once belonged to the Queen of the Pyre but is now under the command of Azaan. After witnessing The Realm’s ability to defend itself against the Maw, Azaan has found their combat prowess wanting. The Realm could never repel a full-scale abyssal invasion, its corruption is all but inevitable. Consequently, he has summoned the Dawnforge and made preparations to destroy the Realm, the Abyss cannot corrupt what no longer exists.

The Dawnforge serves as both a base of operations and a munitions factory, harnessing the wrathful power of the Sun to forge a construct army under Azaan’s command. The Dawnforge stands poised to tear through the barrier between the Pyre and the Realm, unless… 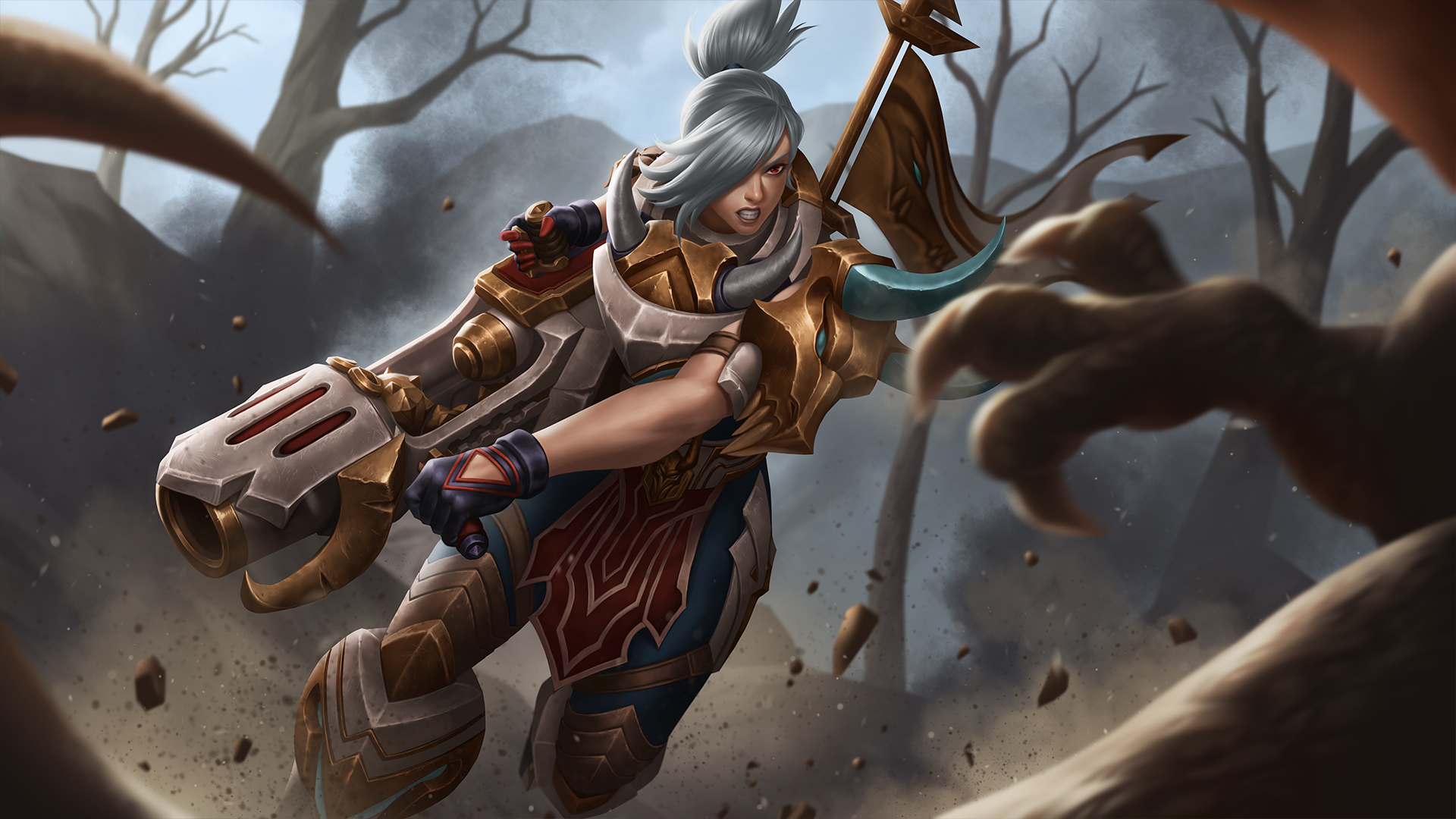 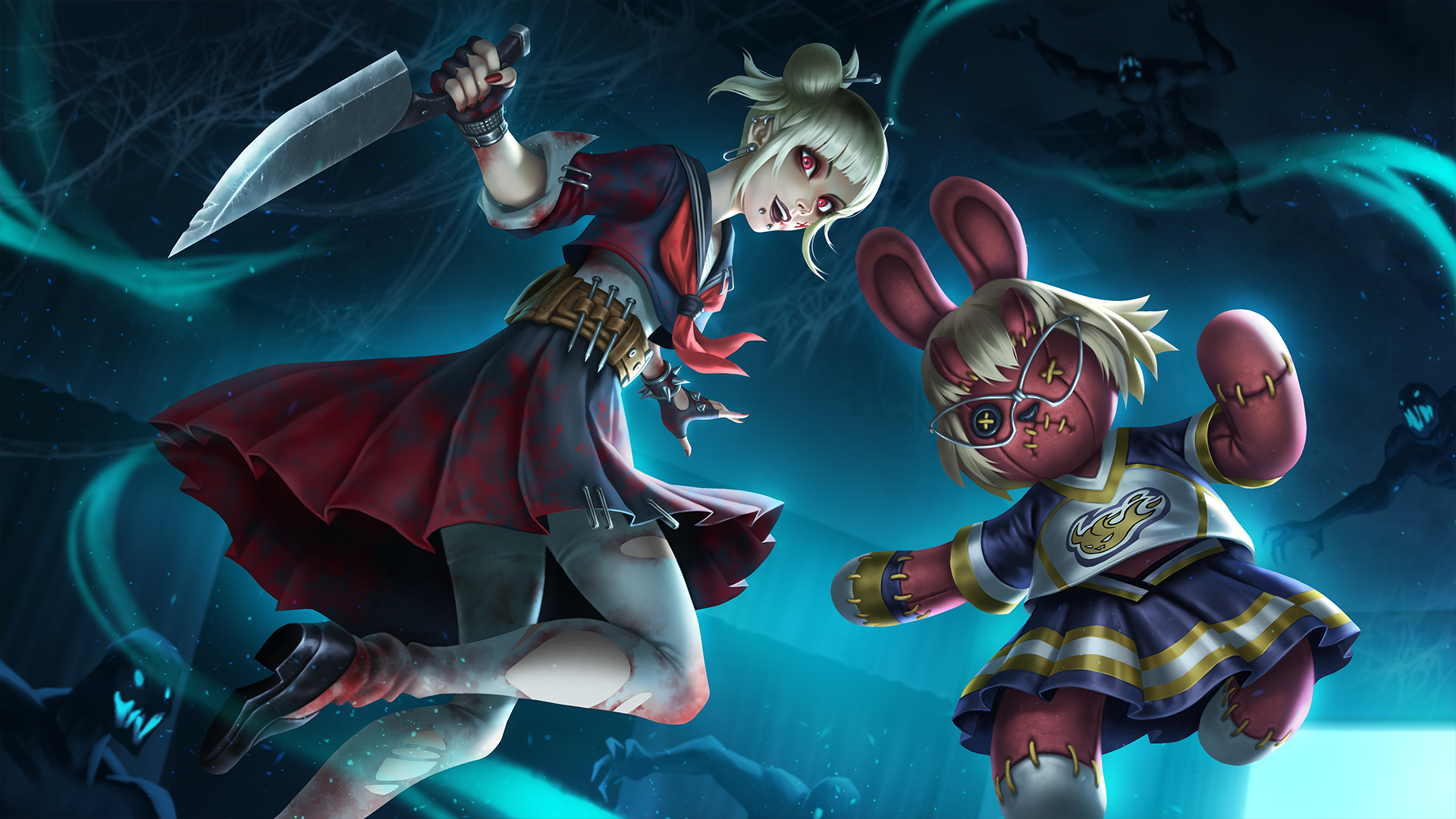 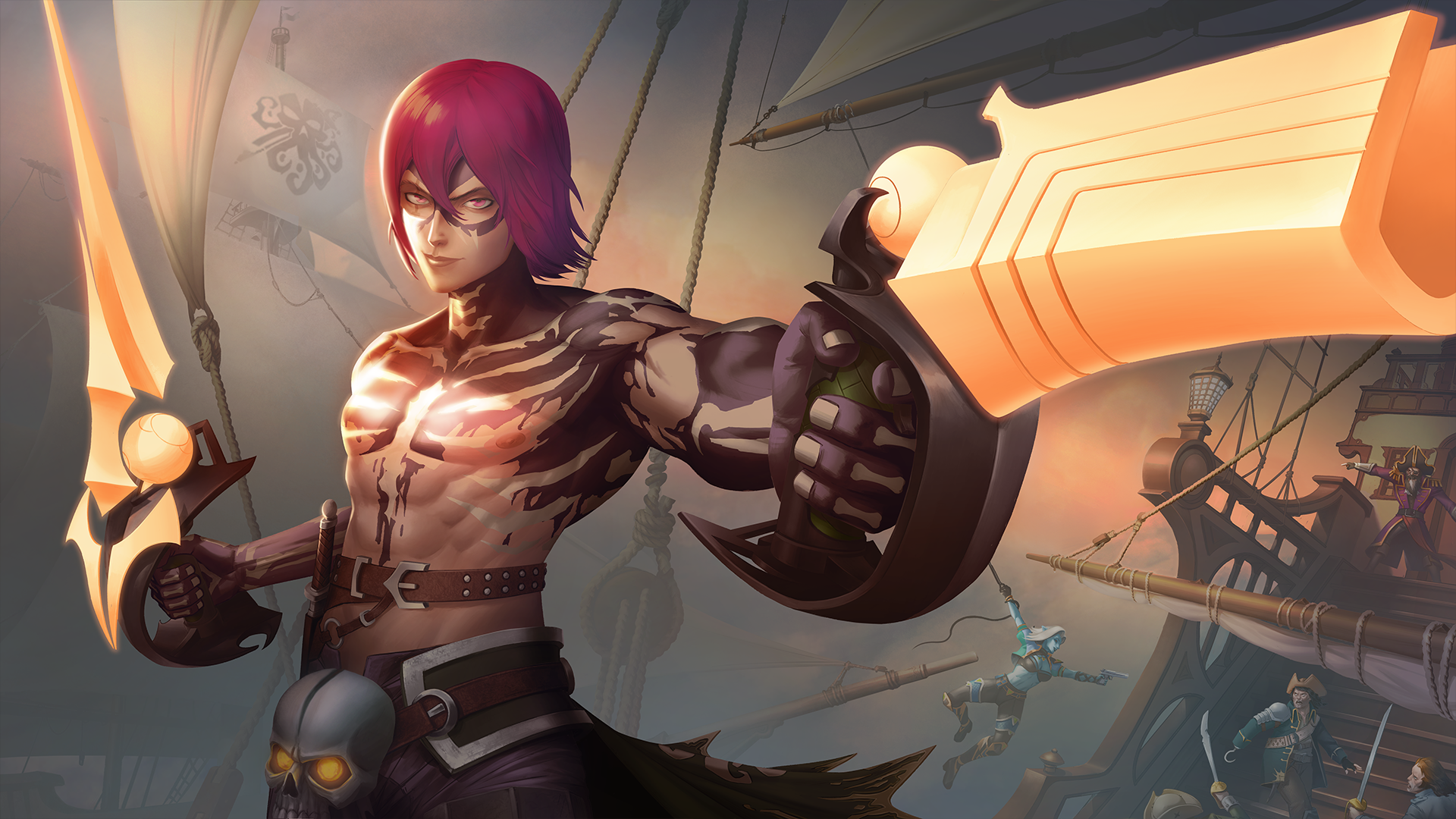 Developer Commentary: The Item Store is a powerful tool available in a match, allowing for numerous builds and strategies to shine through with clever theorycrafting. However, some Items are consistently bought more than others due to their powerful utility. To facilitate different game plans in a match, we’re increasing the strength of some Items to allow for more meaningful decisions when purchasing them.

Developer Commentary: Betty La Bomba is the queen of damage, but even then struggles to follow through with her damage and land a killing blow. We’ve increased the damage on her direct hit grenades to reward skillful body shots and allow her to confirm kills more efficiently.

Developer Commentary: Even at max power, Shadow Tribunal’s effect could be hard to feel in a match, and it didn’t feel like it provided too much utility to the Deck it was in. We doubled its potency to allow more space while creating a Deck and give it a more noticeable impact when slotted.

Developer Commentary: Fernando is a tried and true Frontline Champion, whose presence on the objective is hard to deny as Aegis allowed for heavy point play. We’re increasing the statistics of Scorch to allow for more meaningful decisions at Talent selection for the roles Fernando can fulfill.

Developer Commentary: Pyromania grants Imani utility at the cost of damage on her hardest hitting burst Ability, making it a risky choice at Talent selection. While its utility is powerful, and as such unchanged, we increased the Mana generated from Pyre Ball to facilitate a unique playstyle compared to her other Talents. Now Imani will get full Mana after 3 fully charged Pyre Balls, letting Pyromania shine uniquely amongst its peers. We also increased Frost Bolts damage to keep it a bit more relevant in combat.

Developer Commentary: Treacherous Ground provides a very powerful utility tool to Inara, and we want to keep that special playstyle intact. To give her some more meaningful decisions at Talent selection we’ve reduced the strength of Earthen Guard’s Bonus Healing and granted 20% Bonus Healing to the Mother’s Grace Talent to facilitate her different playstyles.

Developer Commentary: We have been keeping tabs on the health of the Realm with Kasumi’s release, and found some aspects difficult to utilize / fight against. We’ve increased the Damage Reduction on Body and Soul to make it easier to use as both an escape or engage tool, and reduced the targeting cone and bonus damage from Yokai Doll and its Passive. While Kasumi brings a new method of combat to the battlefield, we found it to be too forgiving when targeting enemies, and now Kasumi will have to keep closer watch on where her targets are moving. This combined with the Curse bonus reduction and her bug fixes will make her more reasonable to fight against, while still allowing her to have a powerful presence.

Developer Commentary: Restore was difficult to use due to its Cooldown always occurring regardless of if Kinessa was healed by it. We removed the Cooldown to make it a more consistent tool, while refactoring the Healing to be more in line with other Cards.

Developer Commentary: Lillith is a powerful Support in her own right, but managing Swarm could be frustrating and invoked a very “spam it every 2s” playstle. We’ve increased the duration to make utilizing it easier, and to give cards like “Enriched Blood” more viable space in any given Deck.

Developer Commentary: Mal’Damba can sometimes struggle to keep up with the heals other Supports can currently dish out. Increasing the healing from this Talent gives Mal’Damba more weight as a Support during Champion selection.

Developer Commentary: Pip can fill a variety of roles on a team, so by increasing the power of Catalyst Pip will now be able to perform more aggressive Support duties better and fill in a powerful niche.

Developer Commentary: Rei has always been quite the scrappy utility Support, but that has also caused her to suffer compared to other Supports with higher healing outputs. With Chain Heal traveling faster (thus entering Cooldown faster), Rei will be able to provide valuable healing more often. Increasing the statistics of some of her cards will also open new avenues for Rei to fill as a powerful utility support who brings a unique skillset to the table.

Developer Commentary: Deck building is an opportunity for a Champion’s playstyle to be tweaked to the player’s preference. By increasing the Ammo generated Seris will have more space for different strategies during the Deck building process..

Developer Commentary: Terminus is notoriously powerful on Consoles, and has proven resistant to tweaks that keep him in a healthy spot across the platforms. This change will make Terminus more reasonable to deal with on Consoles while leaving his power level mainly untouched.

Developer Commentary: Tyra’s Ultimate is powerful, but its long Pre-Fire made it frustrating to use in combat without being killed during the set up. This reduction will make it snappier to use and smooth out the gameplay flow when playing Tyra.

Developer Commentary: We’ve been keeping an eye on Ying after her last round of buffs, and found there is still some space to keep pushing her stats.